Every morning we wake up to slug tracks in the living room. I have a hunch it is the enormous slug we saw by the front door several weeks ago. We never saw it again, but we sure see its aftermath in the morning. Every morning. Across the floor, shoes, any bags that might be sitting by the front door, even the ceiling. How that little slug gets around so quickly, thoroughly and mysteriously, and then where it hides all day is beyond me.
The other night at bedtime Ben came giggling in to the bedroom announcing he had set a trap. Since I had not bought any snail bait, he made his own slug trap made of salt...sprinkled generously all over the floor. (I'm not sure who he thought was going to clean it up) 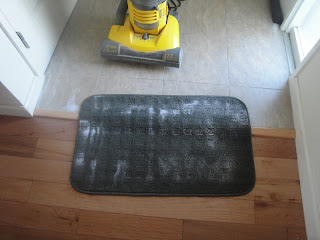 But guess what. We saw some fizzy tracks through the salt yesterday morning, and that was it. No more slug. Where it melted and died I do not know, and I feel kind of bad. But the glee in Ben's laugh and the light on his face at his cleverness was maybe worth the torture of the poor little slimer.

And now there are frogs. In my bedroom closet. We caught one jumping around the bedroom 2 weeks ago and Ben let it go outside. Last night I heard some croaking but figured it was under the house. And today there they were, 2 froggies hiding behind some pictures I wanted to hang up. After much screaming, running around, and some help from Benny, I caught them. I made Ben release them further from the house this time.

Don't even ask me how many spiders live here.
Hopefully the skink in the front yard doesn't make its way in next.
Posted by Kari at 11:54 PM 6 comments: 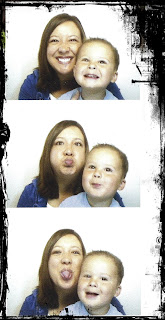 I completely skipped part of spring and the trip from Ben's dad and stepmom. This is in part due to my search for the pics we took. Alas, they are nowhere to be found. But we did have a nice visit and Benny still talks about the boat ride in the Bay.

Then, in May I went to Utah with Benny. Ben must have really missed us because when we got back, he said he was taking me to: 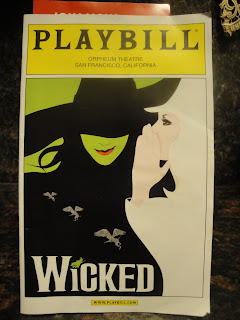 It was every bit as good as I've heard. Ben even liked it so much he is not opposed to seeing another Broadway show one day.

Ben's mom visited (and babysat while we saw "Wicked") and we used our passes to Six Flags Marine World/Discovery Kingdom, whatever it's called now. 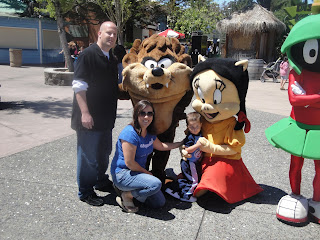 Ben had time off work and took Benny to the SF Zoo: 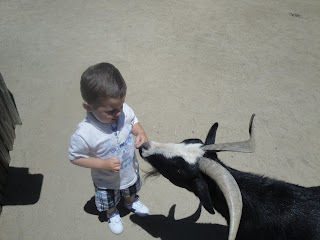 We celebrated Big Ben's birthday by having some ward members over and then watching fireworks along the Hercules Bay front. Benny was not impressed and turned his back to the fireworks and kept asking "Can we go home now?" 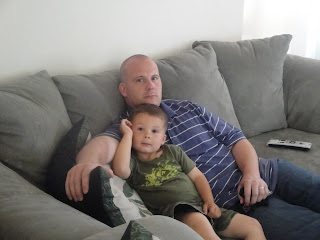 We celebrated our 7th wedding anniversary: 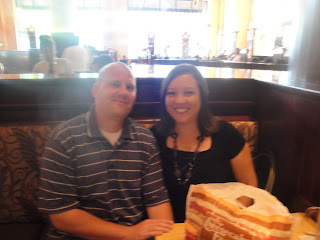 My parents and sister's family were here at the same time which made for some fun barbecuing and crazy trips into the city. Another brother in law was here working for a week but we didn't get to see him. Traffic is torture. And of course I didn't take one single picture. Benny sure loved all the company and is hoping someone else will come visit soon.

So, nothing exciting to report but we sure have been keeping busy and enjoying our summer. Life has not been boring since we moved here and we are just fine with that. We are enjoying the house and feel very blessed for all that we have and the people we know.
Posted by Kari at 1:47 AM 7 comments: