You've gotta be quick when moments like this occur, so cell phone camera would have to do.
ETA: Yes, he did this himself 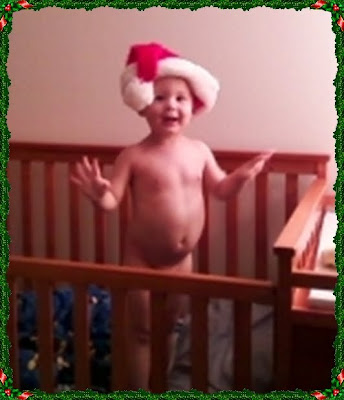 I officially turned old....er this year. I made Ben take me on a date for my bday since we haven't been on one since moving. We decided we'll never do it again. Well maybe we will, but we won't hire a sitter. We cannot believe how expensive it is to hire a teenager for a couple hours. I wanted to go to dinner and a movie, but since there really wasn't anything that great playing, we rushed to dinner and then home since we could feel the money draining from our pockets. Ha ha, so romantic. No, we really did have a nice time. We went to Black Angus in Vallejo for some yummy steaks and ooey gooey chocolate cake. It was nice to put on real clothes (as opposed to yoga pants, and I don't even do yoga) and go out for some alone time. 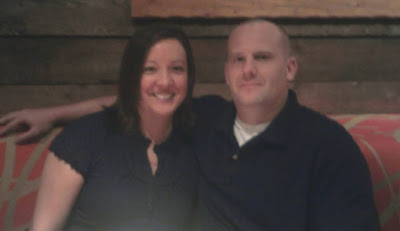 My actual birthday was on Sunday, so we just kicked it at home after church. I really needed a birthday cake though, and since there wasn't one to be found in the house, Benny and I set out to make one. I had fun letting Benny help me. You can't see it really well, but there is an entire container of cupcake cups there. When he wasn't looking I had to go back and make sure there was only one in each cup.
And that is his "cheese face." He has a habit of not actually waiting for the picture to be snapped before he moves though. 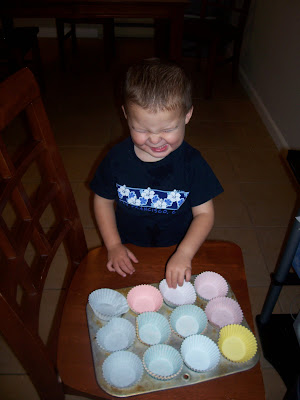 I can't believe I'm an idiot and didn't take pics of Thanksgiving with my side of the family. Oops. But basically we went down to Bakersfield and stayed with Ben's dad and stepmom for a couple days. We were able to meet Ben's half-brother and his fiancee as well. And just for the record, there was NO PUMPKIN PIE at Thanksgiving dinner. But other than that we had a really nice time. Benny had a lot of fun playing with his Grandpa Tom and hanging out with Grandma Tom. 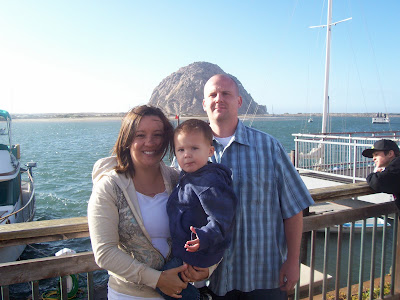 We then met my parents and sister Kimiko's family in Morrow Bay for some lunch and window shopping. It was sooo cold and windy, so we didn't stay long, but I at least got to show Ben Morro Rock up close. He was really impressed.
Back at my parents' house Benny and his little cousin Mayumi just played and played and had the greatest time together. It was like they even had their own little language. I was so sad to leave and head back up to Northern Cal. Those are times that I miss now that we are not really near anyone. 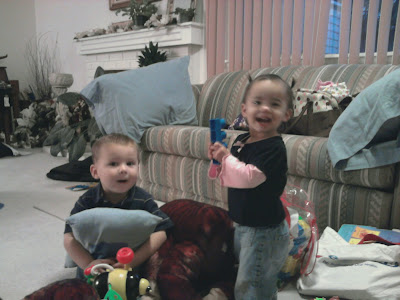 We had a really nice November and look forward to seeing family again in just a few weeks. I love the holidays
Posted by Kari at 11:26 PM 2 comments:

Last night I had to go get Benny and bring him into our bed as he was not feeling well and needed some soothing (we normally make him suck it up and stay in his own bed). All of a sudden he shouted "sucker!" and rolled over and went back to sleep.

I always wondered what babies dreamed about. Suckers sound good to me
Posted by Kari at 12:01 PM 5 comments:

It was bound to happen sooner or later

Why every child does this at some point, I have no idea:

Benny was sitting in the car eating raisins as we drove back from the park. He started shouting "stuck! stuck!" but I didn't pay much attention as he often complains about something he dropped or that his seatbelt is too tight. He seemed to get even more distressed though and then said the word "nose" too, and that's when I went "oh no" inside and saw his crocodile tears.
Me: Benny, do you have a raisin stuck in your nose?
Benny (excitedly): Nose, raisin, stuck!

I pulled in to the store parking lot as I was headed there anyway and decided instead of taking 5 more minutes to go home and risk it embedding itself further, I would buy some tweezers (so now we have like a bajillion pairs) and get it out myself while I still could. I was not going to end up in the ER or doctor's office for a measly raisin incident.

I performed minor surgery in the cosmetics aisle of Lucky and told Benny how gross that was and not to put stuff up his nose.
And then I've had to be super careful all day not to laugh so he doesn't get the bright idea to humor me and do it again
Posted by Kari at 10:27 PM 3 comments: